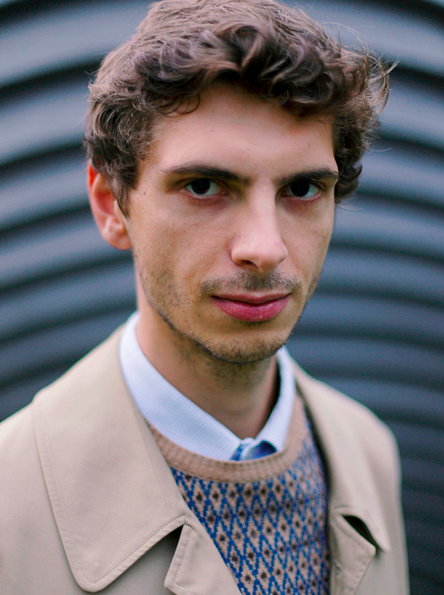 Uroš Prah (1988, Maribor) is a poet, writer, editor, and translator. His first poetry collection was published in 2012 and carries the hardly translatable, onomatopoetic title Čezse polzeči (“Gliding over Themselves” or “itself” or “himself”); its Croatian translation by Romeo Mihaljević came out in 2018 in Zagreb. His second poetry collection with the completely untranslatable title Tišima (one attempt was “Phush”) saw the light of day in 2015 and was nominated for the Simon Jenko Poetry Prize and the Veronika Poetry Prize – the two most prominent poetry Awards in Slovenia. In 2017 he received the Writers Grant from the Slovenian Book Agency. 2018 his German text Nostra Silva was awarded the Exil Poetry Prize at the Vienna Book Fair. Currently he is working on two new collections – one in Slovene (due to be published by the end of 2019) and one in German, while a Spanish translation of Tišima by Pablo Arragiada is being prepared in Argentina. In February of 2019 he was the resident artist of the Slovenian Ministry of Culture in New York, and in September of the same year the first resident author at the residency program for writers and translators in Bucharest by TRADUKI and the Romanian National Literature Museum. Translations of his work have also been published in magazines, anthologies and other media in Germany, Austria, Croatia, Serbia, Montenegro, Italy, Romania, Argentina and the Czech Republic.