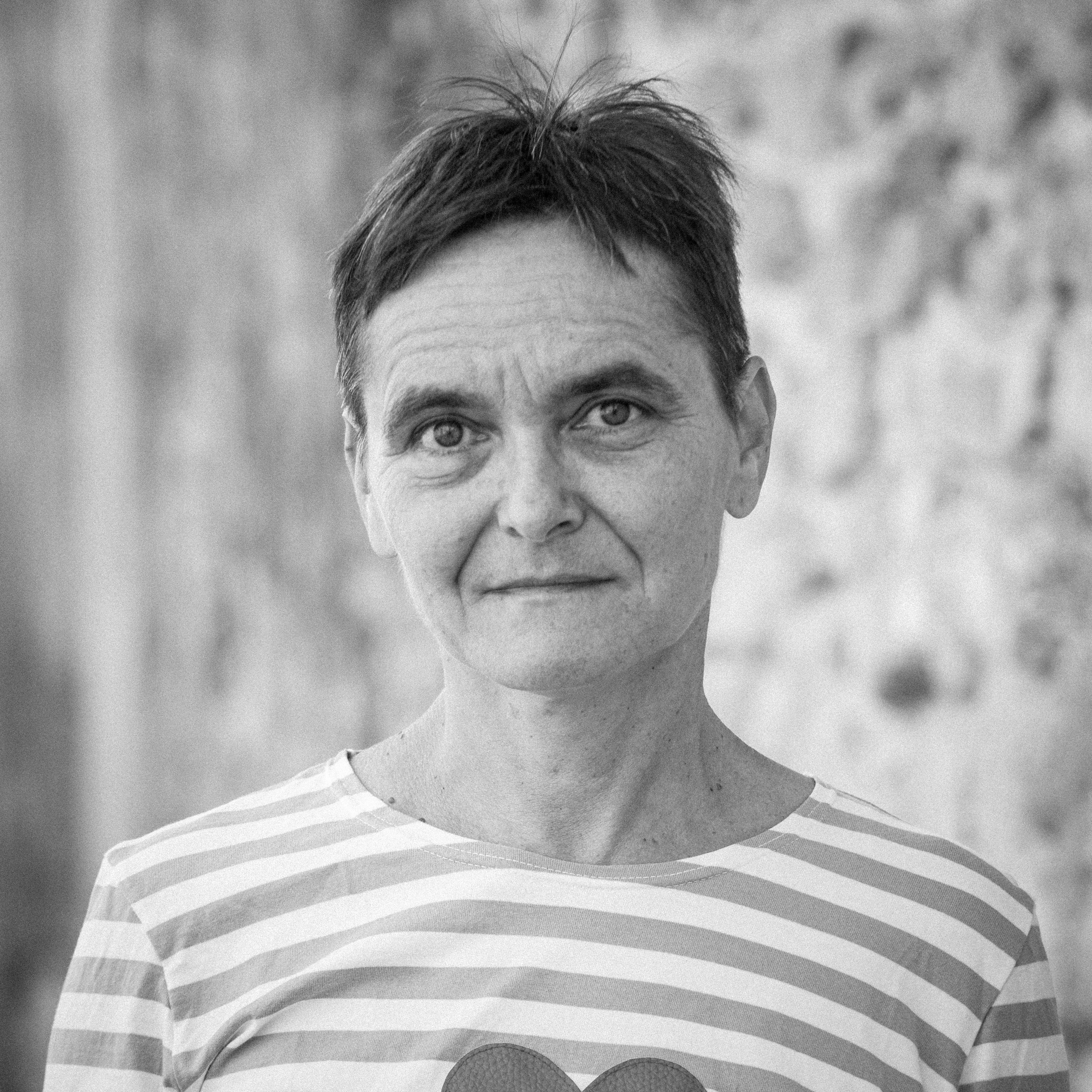 She studied film screenwriting and dramaturgy at the Academy of Performing Arts in Bratislava, where she now teaches at the Department of Audio-visual Studies. She publishes fictional, journalistic and filmological texts in both Slovak and foreign journals, edited volumes and books. She debuted in 1997 with her collection of short stories Afrodithé (LCA). Then followed novels Bon voyage (2010, shortlisted for Anasoft litera), Genius Loci (2013) and Modus Vivendi (2019). She has written two children’s books – Two or Three Little Pigs (2006) and Stories for Seven Days + Makarena (2012). Together with Jana Belišová, she is the co-author of O del dživel – God Lives (2014), a book on Christian songs sung by Roma communities in Slovakia. She published a social travel book After the Roma people (2017) as a part of ethnomusicological research Šilalo paňori (Cold Water). Her collected film reviews written over the years were published together in the book Of men and dreams (2016), she is also the author of filmological publication Reflections on Film Roma (2014). She lives in Bratislava.